Fighting today is tiring, but it will pay off in the future!

“I’m a victim of layoff!” Kuswoyo opened his story. For him, the layoffwas a very painful experience. The company where he worked, engaged in the production of grinders, drill bits, and construction support tools,stated that they had difficulty in obtaining raw materials and had to lay off workers; without compensation, without due process, and happened so fast. A pandemic outbreak makes the company use the situation as an excuse to lay off workers, deny responsibilities and not pay severances.

His introduction to trade unions at the end of 2019 raised awareness of workers’ rights that had not been fulfilled by the company for a long time. In addition to the contract employment status, workers are not registered as participants of the BPJSKesehatan, wages paid below the Semarang City Minimum Wage, etc. “When we formed the workers’ union, the company was worried that various manipulations they committed would be revealed,” said Woyo, Kuswoyo’s nickname.

While working at the company, Woyo was actually aware of the poor working condition. Beside the employment that is still contract-based, the company also ignores the occupational health and safety. “Our workplace is not safe and comfortable, we work without personal protective equipment,” he explained.

Having a union made him understand many things. One of them makes him understand more about the basic rights of workers and how to advocate for members. But, according to him, joining a unionis also like sailing against a storm. Not easy and so many threats. “I’ve been laid off since the union was formed. The company used the reason that my employment contract ended and would not be renewed,”he explained. However, Woyo knew well that his employment contract was terminated because he was the chairperson of the union. The contract ended is only a pseudo excuse.

However, even though he has been laid off, Woyo continues to advocate by resisting his dismissal case. He realizes that the struggle will be harder mainly because he also has to endure the current situation of the pandemic.He is determined that the struggle must continue. The organization must continue to be built. Young workers, like growing shoots, replace broken branches. “We must be strong and keep fighting,” Woyo said. 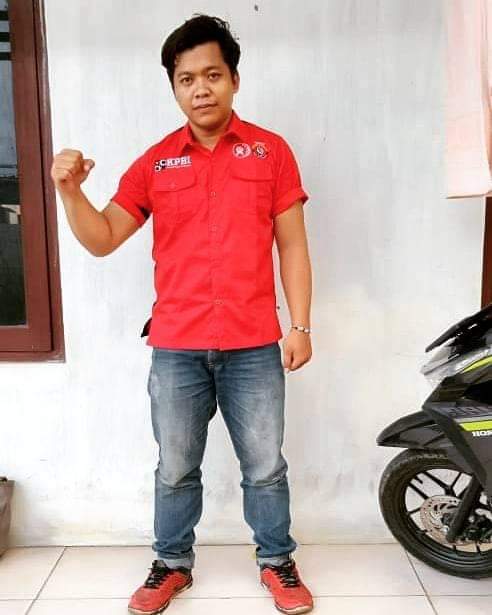