Keep learning and fighting, preparing for the leadership of young workers!

A year ago, at the age of 21, Teriogo started to learn about unions and was directly involved in the struggle to improve conditions at work.The company he works for, PT Guangdong Power Engineering Co. Ltd, which works on the construction of the PLTU Sumsel 1 project, does not fulfill the basic rights of their workers. Together with 74 other workers, Juni formed a trade union which then affiliated with SERBUK Indonesia and become part of the BWI Global Union. This is a big leap in his life experience as a young worker. “Young workers my age live in uncertainty. After graduating from high school, we cannot continue our studies and there is manual labour as the only choice, without guarantees, “said Juni.

It was not only the Covid-19 pandemic that caused companies to lay off workers but the global crisis was also put workers, especially young workers, at risk.Covid-19 pandemic seemed to provide legitimacy for companies to terminate employment. At his workplace, the company stated that their operation has stopped (lockdown), then workers were prohibited from working and their wages were not paid. “This worsened the condition which was already bad from the beginning. Our rights have always been neglected,” said Juni.

According to him, trade unions are the most appropriate choice to fight for rights and a better future. Trade unions not only teach the values of struggle and self-defense against various threats, but also teach solidarity among fellow workers. “Through the workers’ union, I learned about the meaning of struggle and solidarity, not only in the workplace, but up to the national and even global level,” he said proudly.

Juni also highlighted political events in Indonesia when during the pandemic situation the government put forward an agenda that contradicted the majority of the working people, discussing the Omnibus Law on Job Creation. According to him, the government and parliament whoinsisted their agenda to continue discussing the Omnibus Law show who they exactly are in favor of.

“The Omnibus Law is not only bad in its substance, but also violates various procedures for drafting laws in Indonesia,” he protested.Juni called on young workers, as the most affected party by the ratification of the Omnibus Law, to unite and build strength with workers’ unions. Most importantly, young people must ensure that their voices are louder enough to be listened to and increasingly become a unifying force to fight for safe, decent, and permanent working conditions! “Welfare is not a gift from heaven, but something we must take!” he exclaimed. 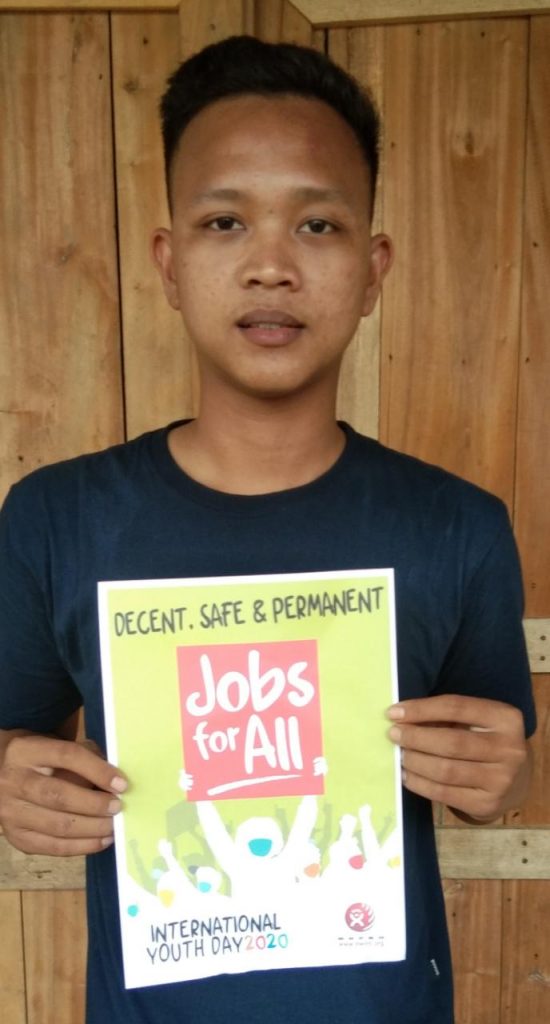