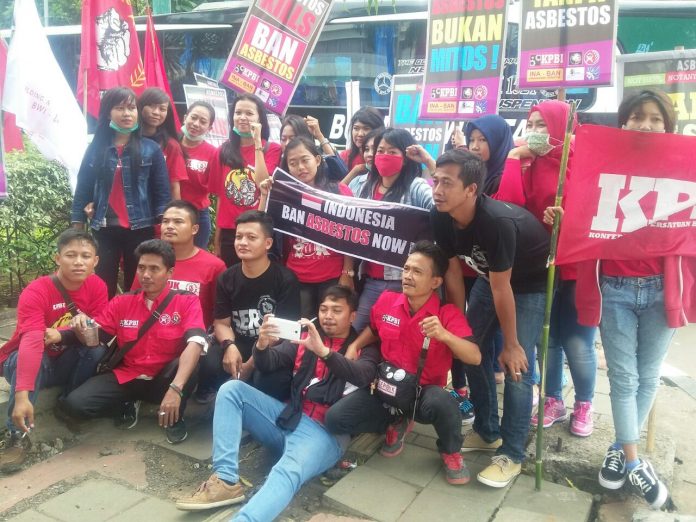 What does a union mean for women? Nursari or commonly called Sari answered firmly, “Trade unions are power that strengthen women workers!”

Getting to know trade unions and then joining SERBUK Indonesia since 2013, Sari actively participated in various trade union activities. Workers in the company where she workedwere mostly women so that the opportunity was greater for her and her friends to be active in the Women’s Committee. “Poor working conditions, low wages and reproductive health rights that were ignored by the company made us realize the importance of a workers’ union,” Sari said.

Being active in the women’s committee, Sari and her friends learned about the basic rights of women workers such as menstruation leave, maternity leave, lactation room, and safe working hours for women workers. Sheshould manage all organizational activities as well as possible so that her role as a mother to her three children could also be carried out properly. “My husband and I worked and were active in union activities so we should manage our time as well as possible,” Sari said. Often when she and her husband had to attend union meetings or education/training, they took their children with them. “It is important to bring children in union activities so that they are familiar with the activities of their parents,” she said. 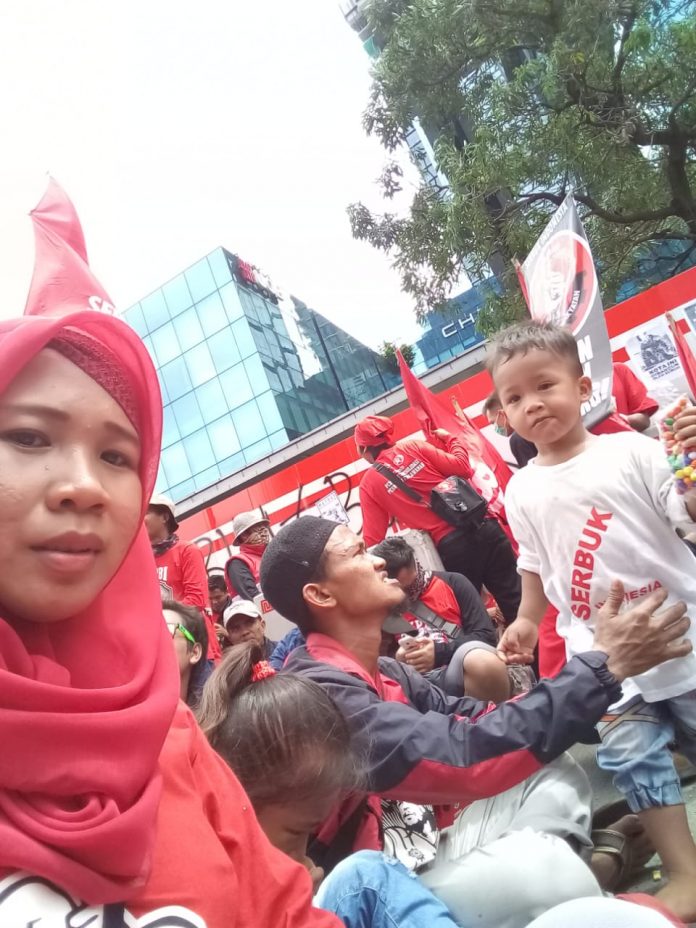 Since the company where she worked went bankrupt and was closed down, the burden on her family’s life became heavier. This situation exacerbatesthe pressure due to the Covid-19 pandemic outbreak, where the focus of the government is not to overcome the economic impact, rather they insist to ratify the Omnibus Law on Job Creation. According to her, the burden of workers in Indonesia has been very heavy, so the Government should focus on restoring the economic conditions of workers, not vice versa. “The impact of this pandemic is very pronounced for us and the situation is increasingly difficult,” Sari said.
Apart from the pandemic and crisis that plagued the country, for Sari, workers, especially young workers like her, seemed to face a double burden. In the workplace, they must meet production targets, deal with intimidating superiors and face the loss of the job security. Therefore, it is important for workers to join and struggle together with trade unions. SERBUK Indonesia and BWI Global Union have provided extensive opportunities for young workers and women workers to struggle through the Women’s Committee and the Youth Committee. “We must ensure that workers in Indonesia become an important part of the global struggle,” Sari said.
Happy Celebration of #IYD2020, Young Workers, Unite! Amandla! 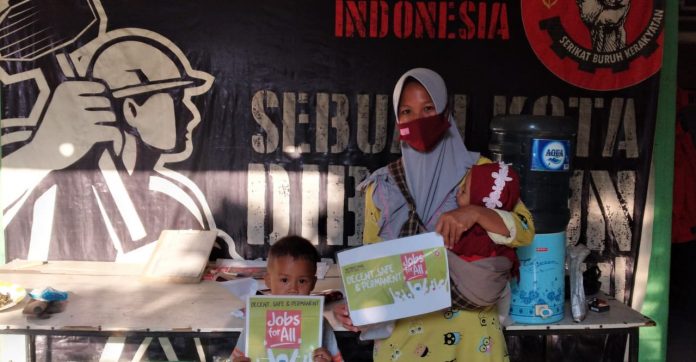 Ex-Worker of PT SJE Global, terminated due to company’s bankruptcy