Young Workers must speak up. The Union is a tool for workers to aid their fight! 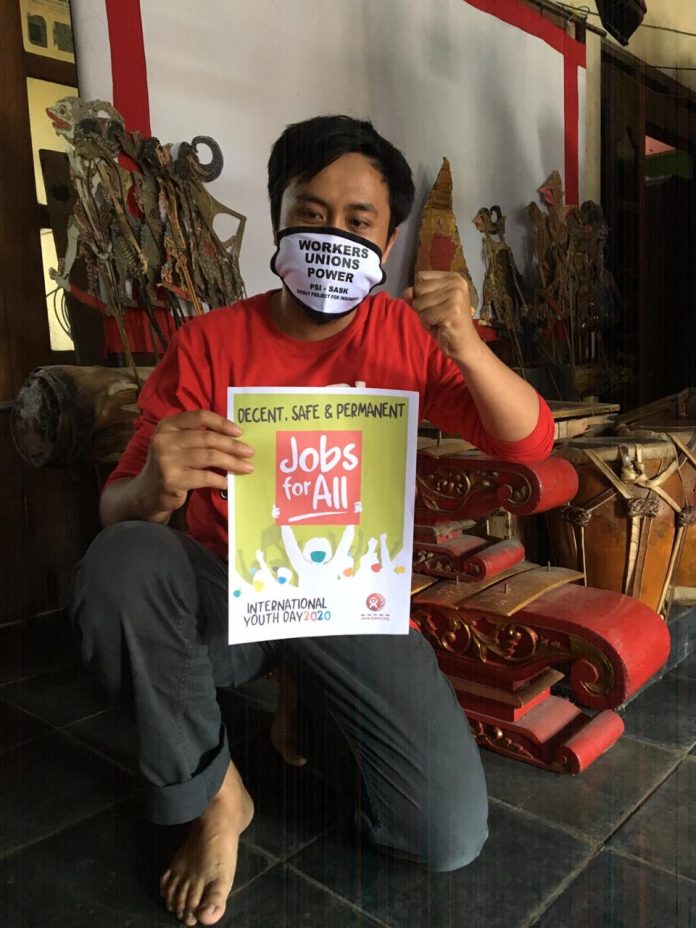 Tri Joko Susilo (30), commonly called Mas Tri by his colleagues, is the Secretary of the Electricity Workers’ Union of Solo Raya Area (SPLAS), the union which is the platform for the fight of the PLN outsourced workers in Surakarta Area. Mas Tri has joined the Workers Union since 9 years ago when together with his colleagues demanded the status of being permanent workers at PT PLN as mandated by the article 59 of Law No. 13 of 2003 concerning Manpower. The law stipulates that companies are obliged to appoint workers into permanent workers, but they do not comply with these provisions, even though as a state-owned company, PT PLN should comply with applicable regulations.

Together with thousands of other PLN Outsorcing workers, Mas Tri spent several days staying at the Parliament building in Jakarta demanding that the Government immediately comply with regulations and change their employment status into permanent. Their struggle to become permanent workers at PT PLN did not yet get results. However,Mas Tri and his friends believe that there is no ‘struggle in vain’. Mas Tri and his colleagues are no longer an annual contract worker which means that they have to change vendors every year. Now this young worker receives five-year employment contracts. It’s still slightly better.

Like other workers, Mas Tri also felt the same restlessness related to the Omnibus Law on Job Creation that is still being discussed by the Parliament. The draft bills, one of which doesnot limit the use of contract workers, is a real threat to the future of young workers who can become contract workers without job certainty until their retirement. “ At this time, workers are still treated badly despite the existence of a protecting law, especially if later the draft is actually ractified,” Mas Tri expressed his concern, “Workers must fight against every effort to exploit workers through the articles of regulation or intimidation.” he said.

It’s only natural that he feels furious about the policy of the government and the parliament that are still discussing the Omnibus Law on the Job Creation, considering that only two weeks ago he suddenly received a Warning Letter 2 from the management just after he questioned his pension rights.If the Omnibus Law on Job Creation is actually ractified, workers like Mas Tri will be easily dismissed by the company. Companies will be free to treat workers unfairly.

Mas Tri has chosen to continue speaking out against any attempts to silence workers who fight for their rights. Because the truth is not to be traded.

Fight for Work that is Decent, Safe and Permanent!