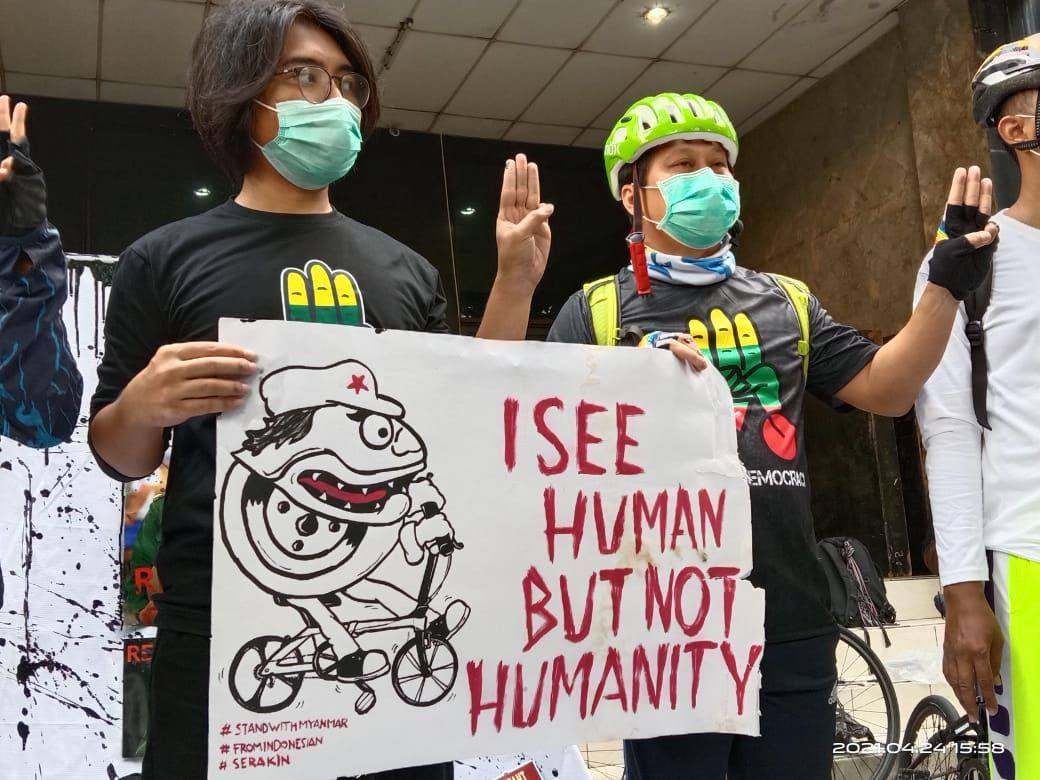 BWI-affiliated SERBUK and different cause-oriented organisations staged a solidarity action for Myanmar in time for the Association of Southeast Asian Nations (ASEAN) Leaders’ Meeting on 24 April which was hosted by Indonesian President Joko Widodo in Jakarta.

Dubbed as “Gowes for Democracy” (Bike for Democracy), the Indonesian trade unionists expressed their support for the Burmese people’s struggle for democracy against the military junta by riding their bicycles. They demanded the military junta to immediately stop all human rights violations and to open Myanmar to international humanitarian aid targeting places heavily affected by the conflict, including areas where the Rohingya people are suffering from inhumane living conditions.

SERBUK said that while it appreciated Widodo’s initiative to discuss the Myanmar crisis, it criticised the attendance and participation of military junta leader Min Aung Hlaing in the meeting and the ASEAN’s failure to invite representatives of the recently created National Unity Government (NUG), a broad coalition of Myanmar’s democratic forces comprised of anti-coup leaders, ethnic minorities and democratically-elected parliamentarians ousted by the military junta.

"The invitation and participation of the military junta in the ASEAN meeting legitmises its illegal coup in Myanmar. The ASEAN should have invited representatives from the newly-formed National Unity Government,” SERBUK said.