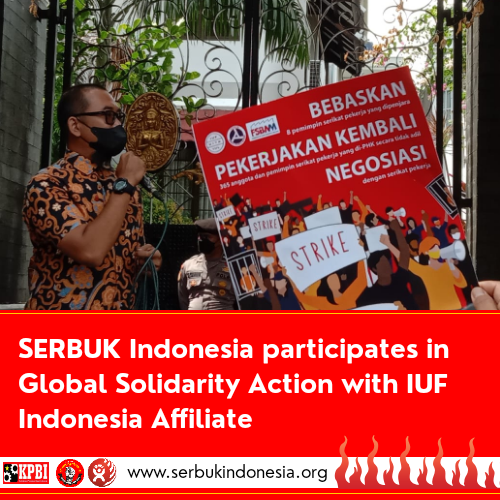 Right in front of the Royal Cambodian Embassy in Jakarta, the Federation of Independent Trade Unions (FSPM) and the Federation of Food and Beverage Trade Unions (FSBMM) held a global solidarity action to condemn the brutal behavior of Nagaworld, a casino hotel in Cambodia. Due to the pandemic, the hotel laid off 1,300 workers.
In response to the dismissal, the Labor Union held a strike. However, companies with the support of the military regime took revenge by arresting and imprisoning union officials on charges of crowding during the pandemic. 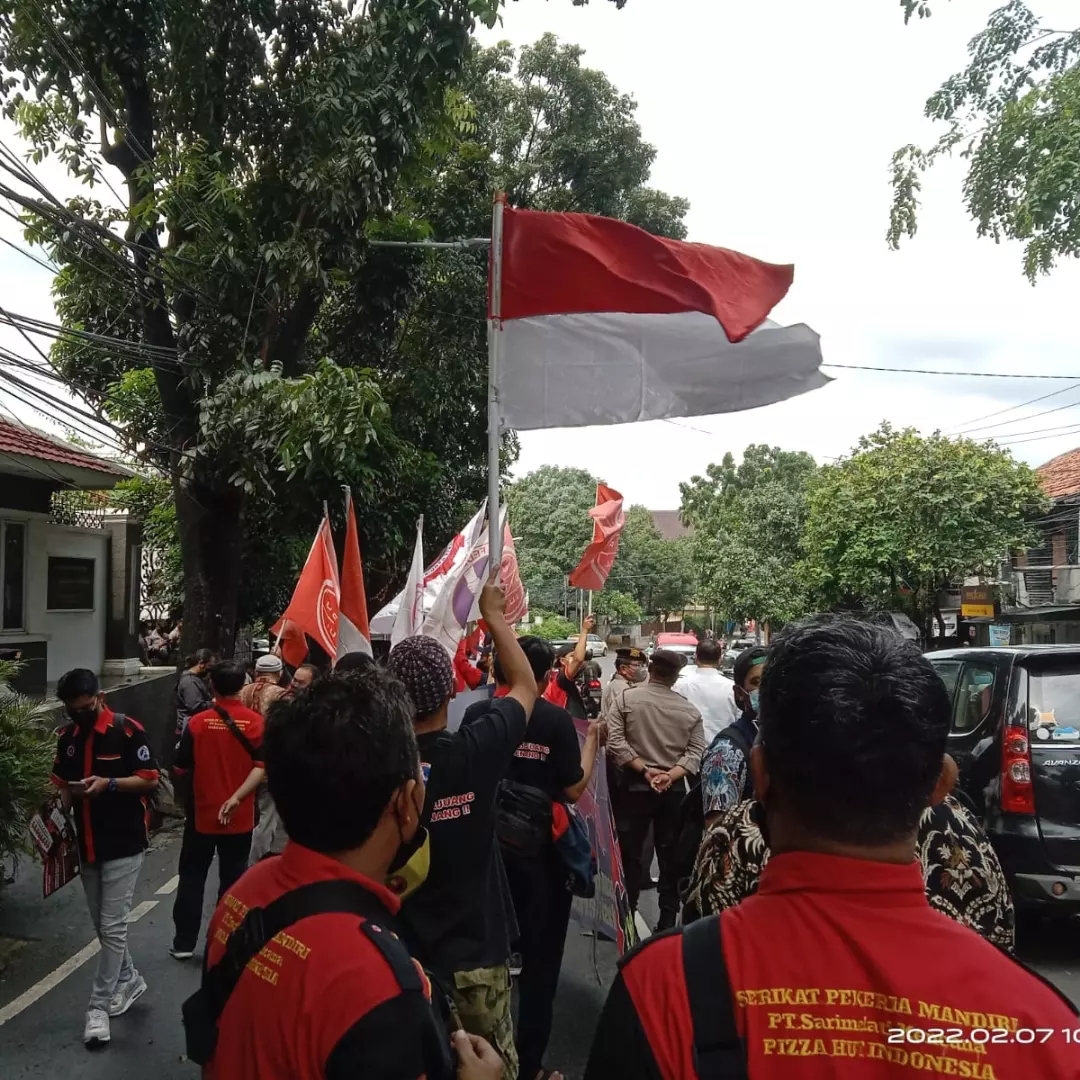 SERBUK Indonesia supported the solidarity action by attending the action. The solidarity and support provided by SERBUK is an affirmation of the long-standing collective work at the base level. As an affiliate of BWI GUF, SERBUK Indonesia views the global solidarity action as an important call to fight the arbitrary actions of investors across national borders.
Usman Sopiyan, General Chairperson of SERBUK Indonesia, explained that global actions should be a collective choice, especially when there is mistreatment of workers wherever they are. "We only have solidarity. And only with solidarity, we defend what we have," said Usman from Karawang.
The President of the FSPM, Husni Mubarak, stated that IUF affiliates around the world are taking action today to support workers in Cambodia. In line with Husni, Dwi Haryoto, the President of the FSBMM stated that the response from the Cambodian Embassy would be taken into consideration for the next actions. "If the Cambodian Embassy does not respond, we will organize further actions," said Haryoto. 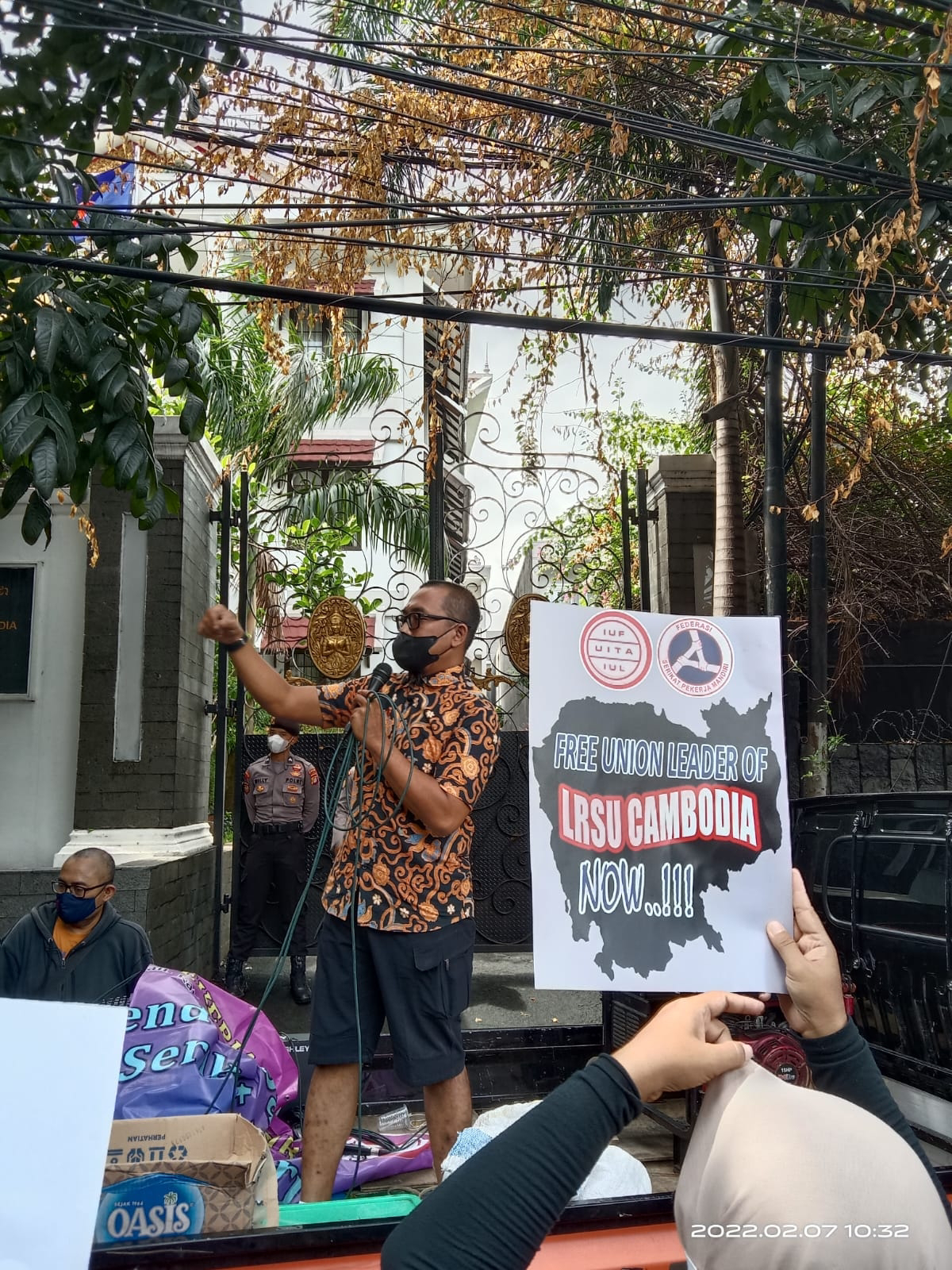 The pandemic has become a false  excuse for all ruling regimes in various countries to deprive workers of their rights by issuing various anti-labor policies such as facilitating dismissals, cutting wages, and even limiting the right to association. On a different occasion, Secretary General of BWI GUF Ambet Yuson said that the pandemic has robbed workers of their rights, and we must reclaim our rights.